I work from home all the time, and have done so even before the pandemic, but every once in awhile now Jim works from home too. He is doing so today since we have an ice storm going on.

He was all set up very busy this morning as I was making spare coffee to store in the fridge in case our power went out (it went out last week for a day and I sure missed my afternoon cup), and since I wanted to be busy, too, I was reading a book while making the coffee. I’m taking a social media break for Lent this year, to free up time to read more books and do things like my job.

All of a sudden, our cat who throws up all the time started doing his thing, right there in the kitchen, and I turned around too fast to see how much mess he was making, and managed to catch the rim of the cup I was using for that soon-to-be-stored coffee and splashed the whole thing all over me and my book.

Jim: You got coffee on my book!

Me: And all over myself, wah.

Cat: (Says nothing and patiently waits for the other cat to clean up the throw up by eating it.)

I should probably get Jim a new book, as this one now has pages that are cold-coffee-crispy. But I still feel lucky since our bad weather today pales compared to what most of the country is going through. Even if we lose power, we’ll have coffee. Even with coffee-scented pages, it’s nice to have a good book to read. And if I hadn’t been on a social media break, it would have been my phone that was doused with coffee and don’t even get me started on how that would have presaged a very bad day.

We got a bit of snow on Thursday morning, just enough to whet the appetite for the BIG, EPIC STORM that we’re supposed to get tonight.

This made for a gorgeous walk. I set out as the sun was coming up, motivated to get some pictures.

I usually walk with a neighbor on Tuesdays and Thursdays but she declined out of concern for icy roads. I quickly came to appreciate her wisdom because it was a little dicey out there. And really cold. But still seriously pretty, so I kept at it.

Not far from our house, they’re putting up some new houses and as I was gingerly slipping my way down the road, one of the contractors drove by. A big guy in a big pickup. I don’t want to generalize too much, but he looked like a lot of the big guys in big pickups we have around here. We shared a wave and when I got to the cul-de-sac at the bottom of the hill where they’re building those houses, he was out of the truck and getting ready to start his day’s affairs.

“How you doing?” he called out.

“I’m rethinking my choices,” I said.

“Hey, can you do me a favor?” I asked. “If you see me wipe out and fall on my butt in this ice…” I intended to complete the phrase with a request for him to not laugh too loud because it might hurt my feelings. I was entertaining myself with my own joke when he cut me off mid-sentence.

“No, no! I was just going to ask you not to laugh too hard!”

That was so unexpected and darned nice that it puts a smile on my face even after a couple of days. It is great to learn that someone you don’t even know is out there ready to help you up if you need it.

But enough pondering. I’m off to locate a new snow shovel so both Jim and I will be well equipped for that BIG, EPIC SNOW.

I don’t do a whole lot of traveling, and maybe I should, because I just got back from a great trip with our eldest child. Here’s the experience boiled down to a couple of quick thoughts:

For her last spring break of college, our daughter suggested that the two of us take a trip to Sedona, Arizona. I didn’t know much about the destination but we got started researching and it turns out that it’s a phenomenal place. If you can imagine the nicest person you know, and then imagine that person is a place, that’s Sedona. 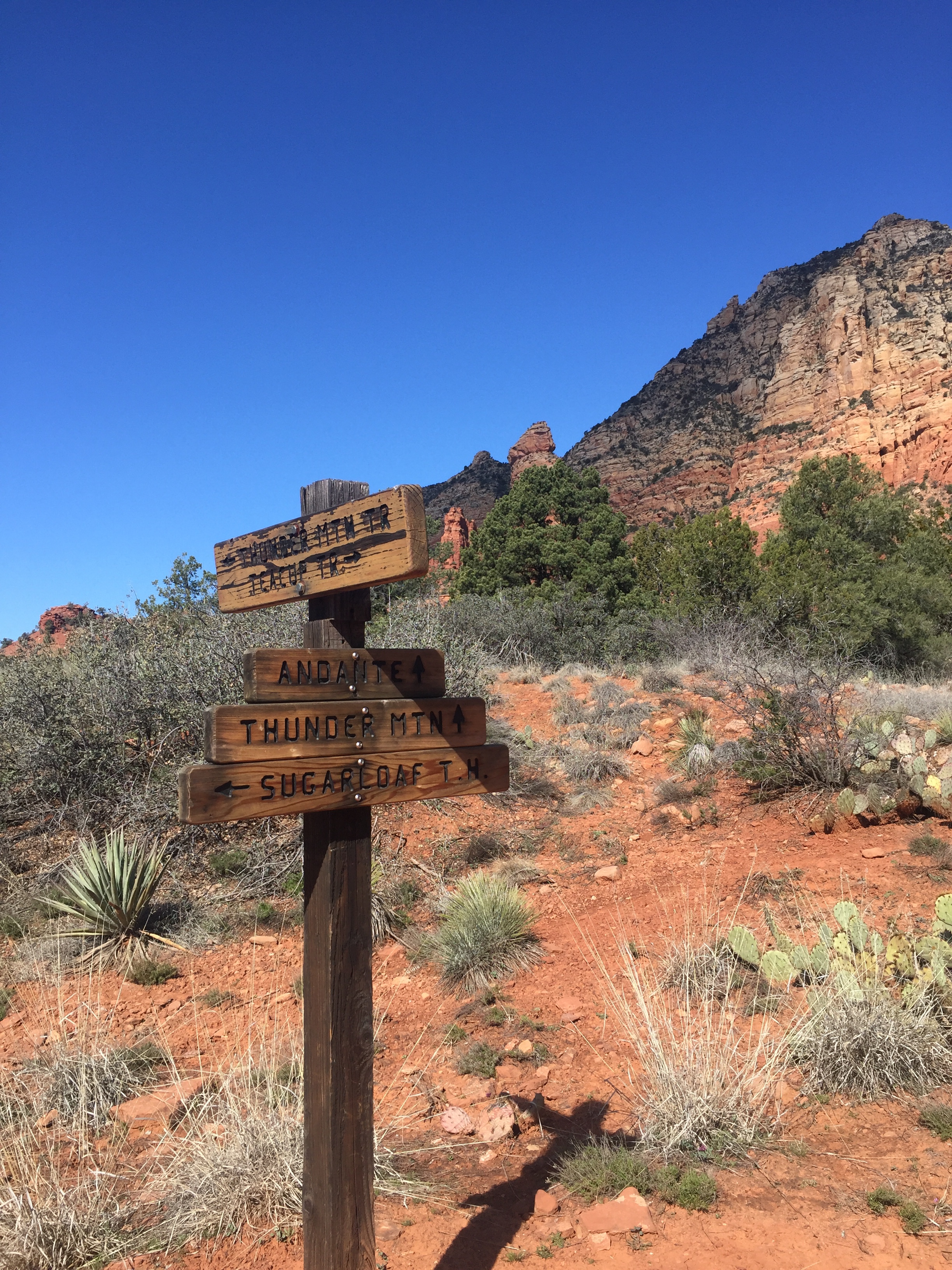 Keep up the best you can

My girl is 22. She’s a fit little mountain goat when it comes to climbing around on trails. Me, not so much. But I jumped in on those hikes and was rewarded by beautiful scenery and very fine company. 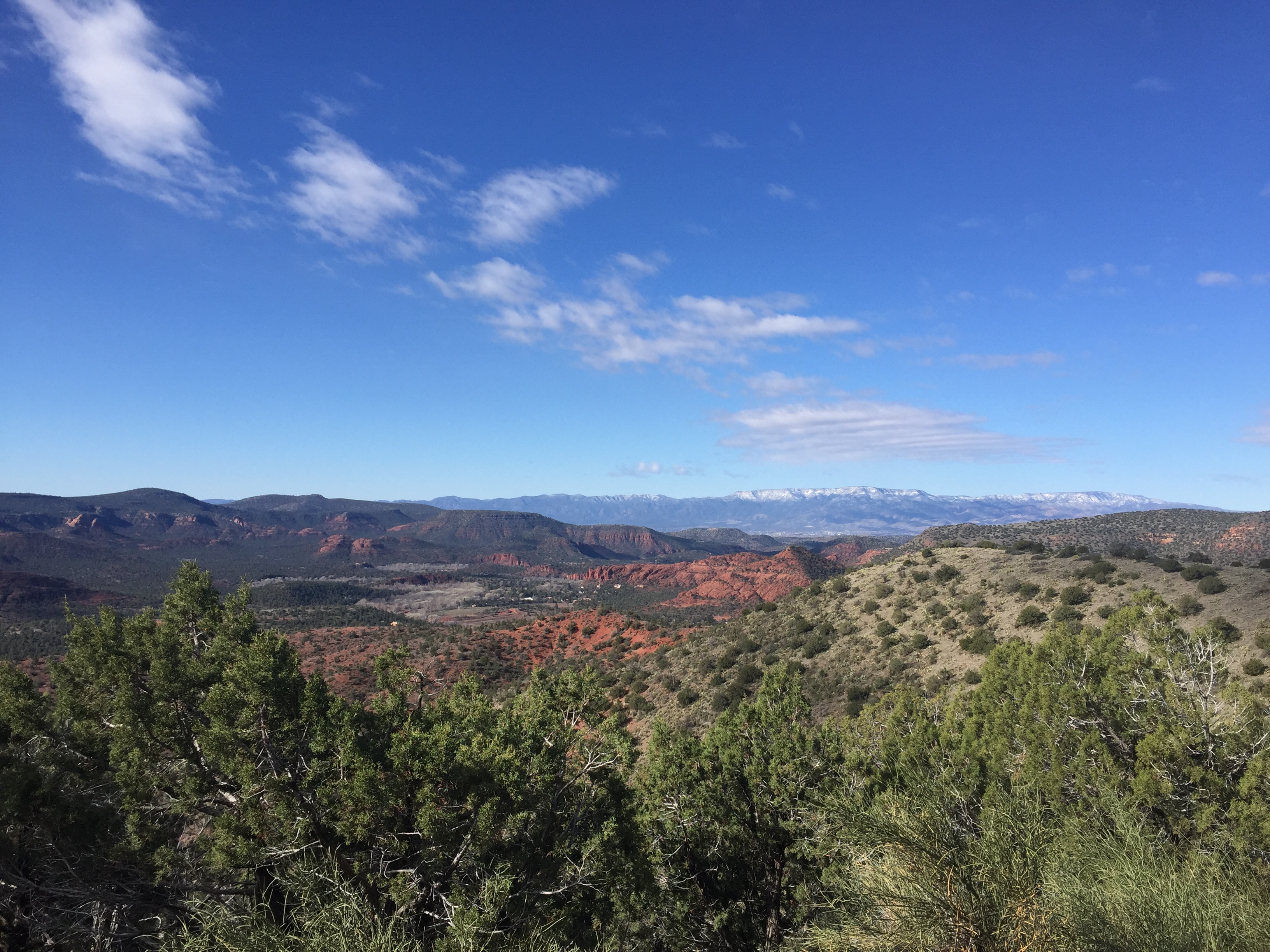 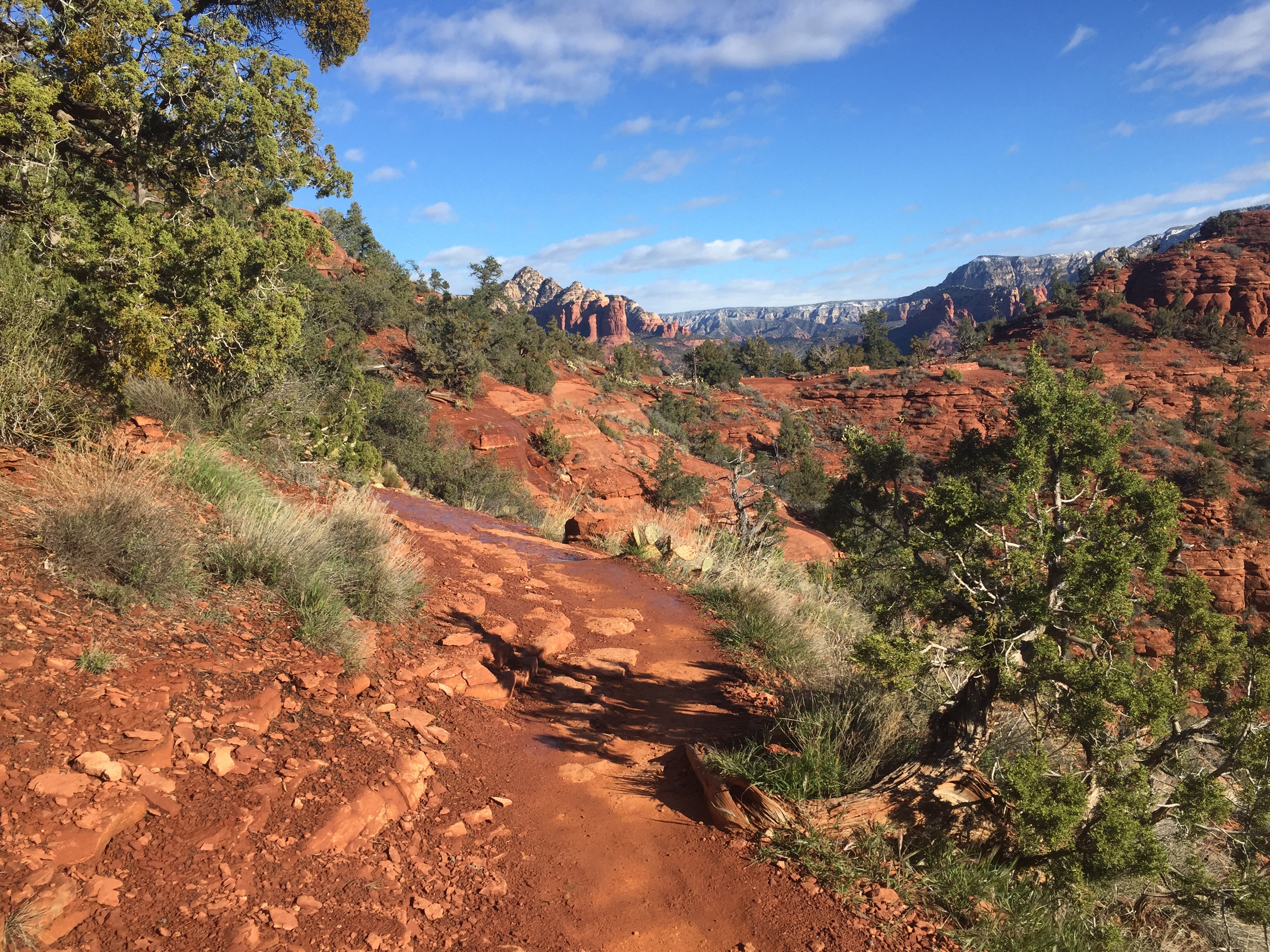 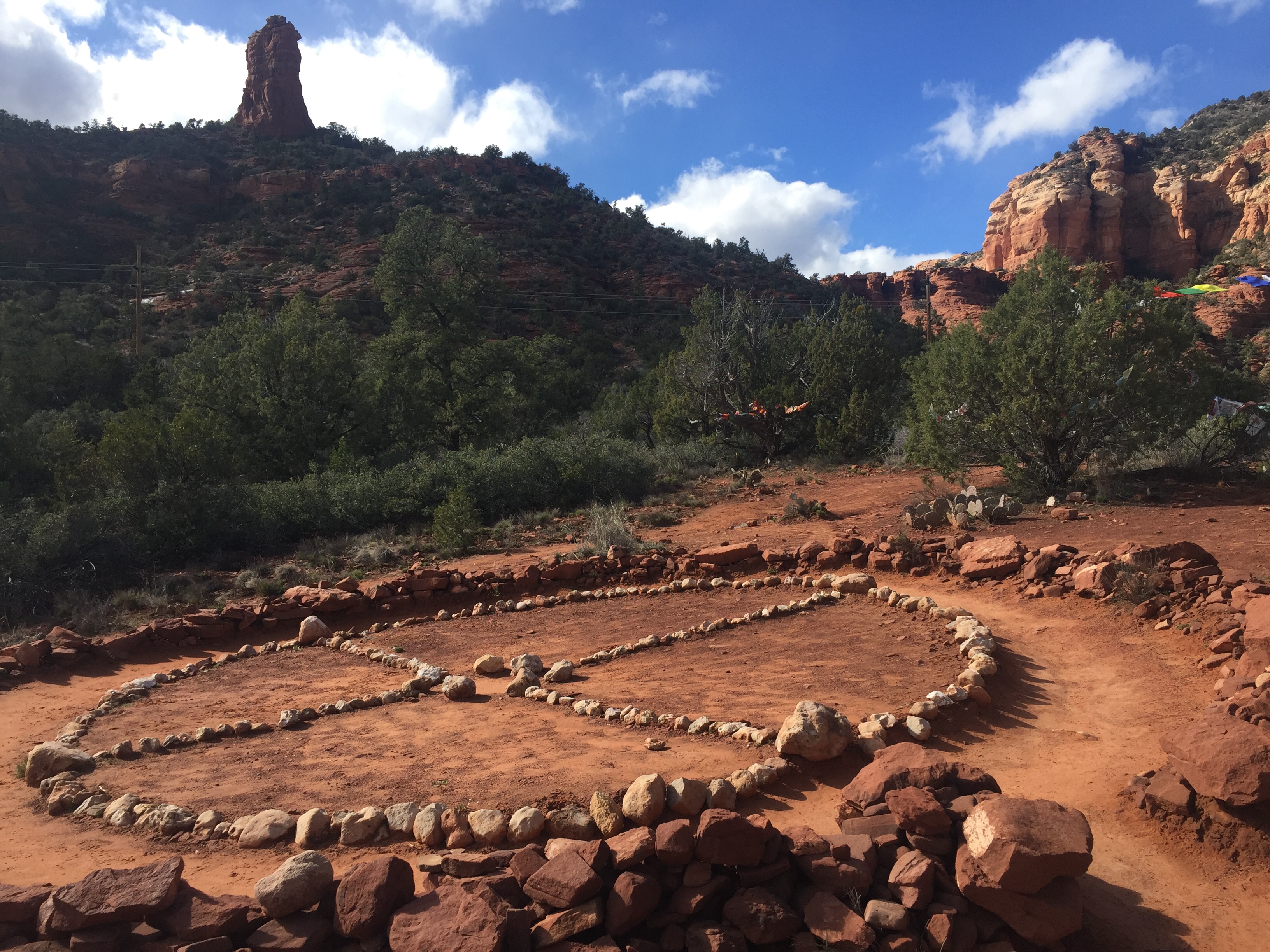 I did not, however, even try to keep up with a 22-year-old when it came to prickly pear margaritas. I did the driving.

Keep an eye on the weather

We went to the Grand Canyon. It was cold. Like, slushy roads and snowballs cold. Boy, I know those tourists at the canyon were surprised because we sure were, too. And by the way, this challenged my expectations of what “Arizona weather” was all about. I was grateful for the hat I’d popped into my bag at the last minute. 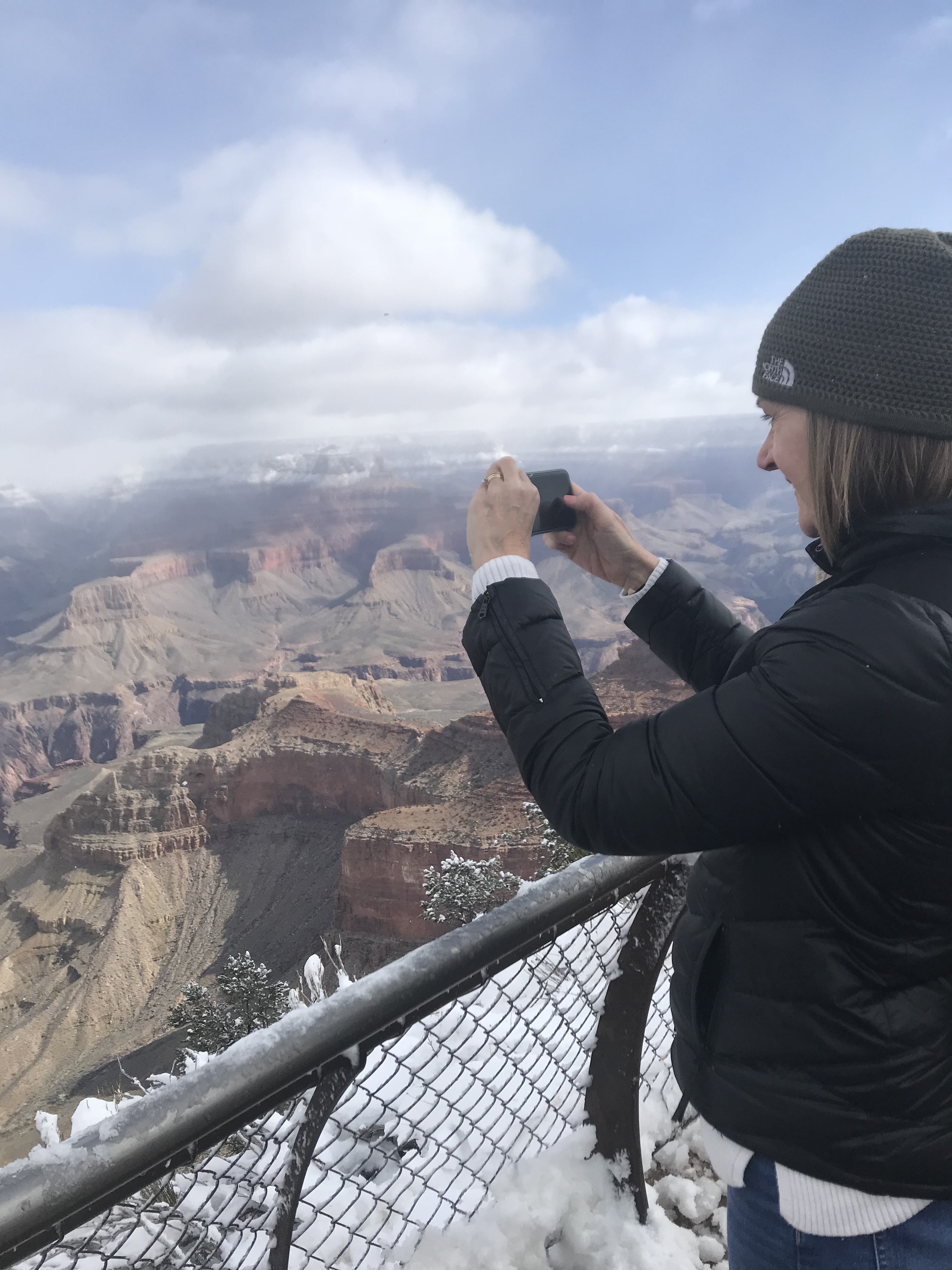 As I was flying through Charlotte, NC, on the way out to the Phoenix SkyPort, our son happened to be flying through on his way home to Roanoke. We caught up for just a minute right there at the airport. (Okay, I stalked him a little.) But to have a day where one runs into both of one’s kids in airports thousands of miles apart? Magic.

Even the bad stuff isn’t all that bad

On the flight home, my journey took me through Philadelphia instead of Charlotte (one does not simply fly directly to Roanoke). The plan was to fly out and land in Roanoke in time for dinner with the husband and that younger college kid mentioned above.

But then the flight crew was late.

And the weather went south.

We sat on the tarmac for 2-1/2 hours before the plane rolled back to the gate and the flight was cancelled. By the time we got off the plane and were wiggled into flights for the next morning — none of which were heading to Roanoke (one does not simply fly directly to Roanoke) — it was after midnight. I don’t know Philly. I didn’t know where to go for hotel with a shuttle that would get me back to the airport by 6:30 for my early flight to Charlottesville, VA. So I elected to stay overnight at the airport.

I don’t recommend it if you can help it. But I did learn that the security screening opened up at 4:30 am (and the lines are much shorter!), which allows a bit of a nap at the gate before the breakfast spots start opening. Au Bon Pain never tasted so good.

The flight to Charlottesville’s (posh) airport was blissfully short and I was met by a husband who drove the extra hour to come pick me up. And even though they aren’t made of red rock, our mountains never looked so welcoming.

While I was away, the flowers had started blooming and I’m pretty sure there are some baby cows out there in the fields. It’s nice to come home to something that looks spring-y and new.

There is snow in the forecast for the area, and what I’ve found is that, with all the varied terrain here, there is certainly no one-size-fits-all forecast that works for everyone.

For instance, the local Virginia Weather Network posted this notice on Wednesday:

And we are ready! We are now supposed to get a mix of snow, ice, and freezing rain, starting on Saturday afternoon and continuing until early Monday morning. But a new snow shovel, a surprise jigsaw puzzle (surprise for Jim; I bought the thing), and some excellent reading material says that we’ll get through it just fine.

If you have winter weather in your forecast, or you’re one of those parents bringing kids back to school after winter break, I hope you stay safe!