Did you know that the National D-Day Memorial is right up the road in Bedford, Virginia?

On June 6, 1944, the small town of Bedford had a population of 3,200 people, and 32 of its citizens took part in the Allies’ invasion of Normandy, France. Of those young men, 20 lost their lives, giving Bedford the sad distinction of being the American community with the highest per capita sacrifice of life in that critical battle. 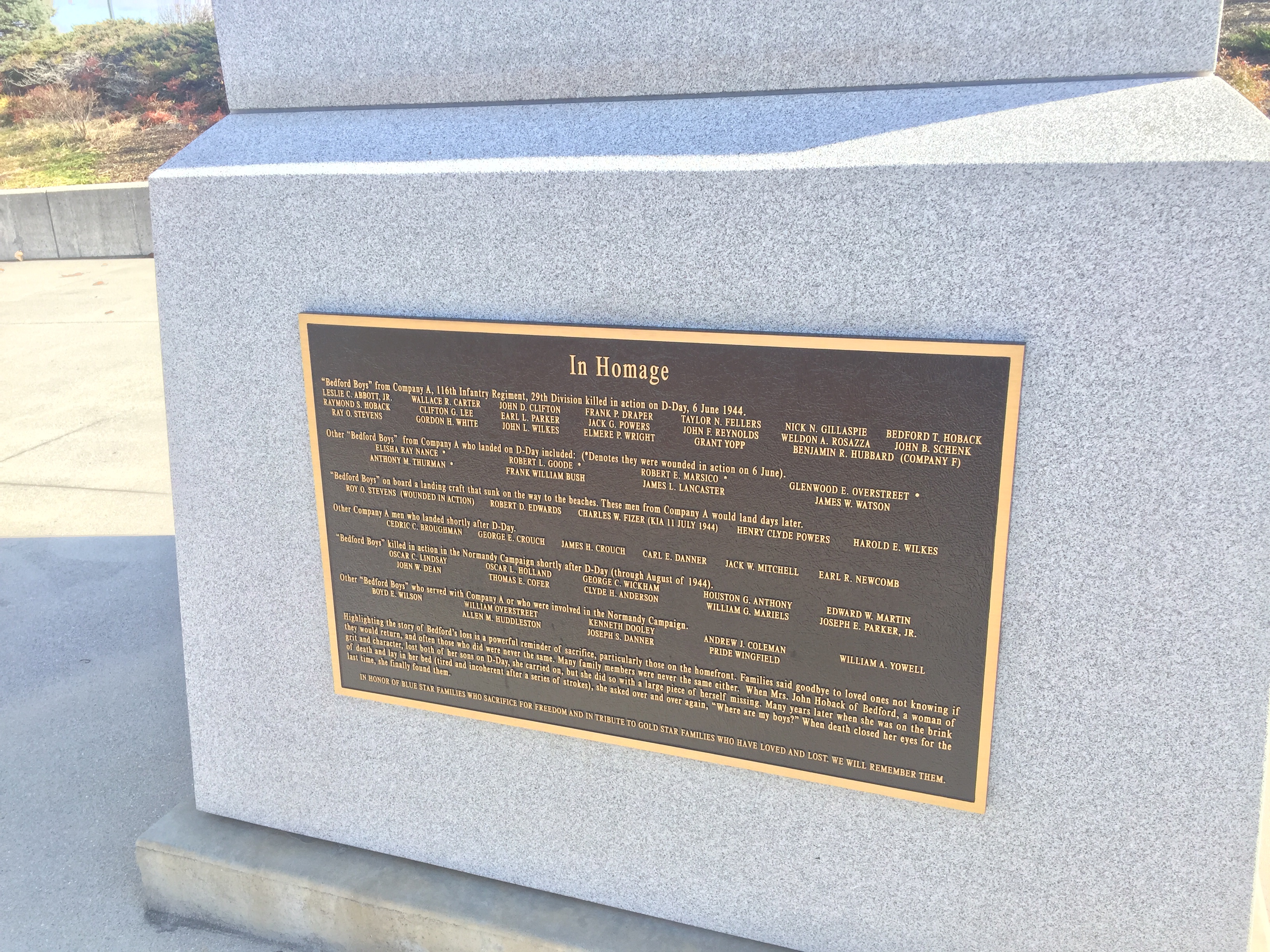 To note such an extraordinary loss, Congress decreed that the National D-Day Memorial be situated in Bedford, as a representative of all hometowns whose sons and daughters had served on D-Day. Dedicated on June 6, 2001, the memorial hosts 60,000 visitors a year and serves as a somber salute.

There were only a few visitors on this cool and windy afternoon, and I was able to jump in with a tour group that had just left the quonset hut where the groups gather. “Find Joe,” recommended a gentleman who I’d assumed was the tour guide because he was wearing a Korea Veteran baseball hat and looked like he was knowledgeably leading a group through the monument grounds. “Tell him Charlie sent you!” and he chuckled a little.

As it turns out, Charlie had been in the first class of tour guides at the memorial, and he was giving his visiting daughter and her family a personal tour. Once we found Joe, we all joined up and walked through together.

I’m serious, this part of Virginia is friendly like that.

Even on a quiet day, and maybe even more on a quiet day, the memorial is awe inspiring. It includes a garden with busts of the commanders of Operation Overlord (the D-Day code name, you know), but it’s the depictions of the soldiers who fought to take the beaches in France that silently make the most compelling statements. 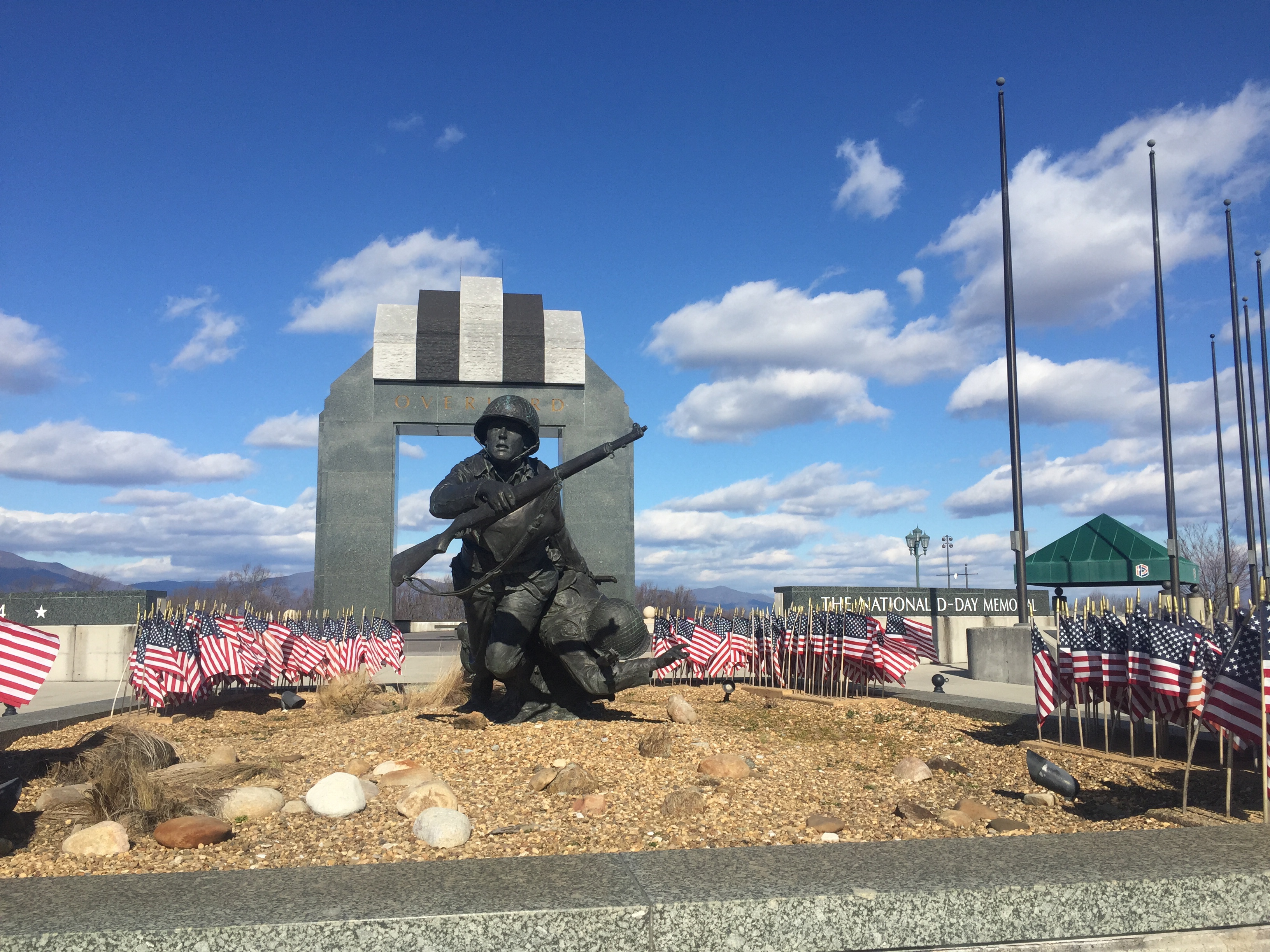 And the memorial won’t be quiet for long. This year is the 75th anniversary of the D-Day invasion of Normandy, and with World War II veterans growing older (even the youngest are now in their 90s), the memorial is planning a “Final Salute” in June. It will be well worth a trip back.