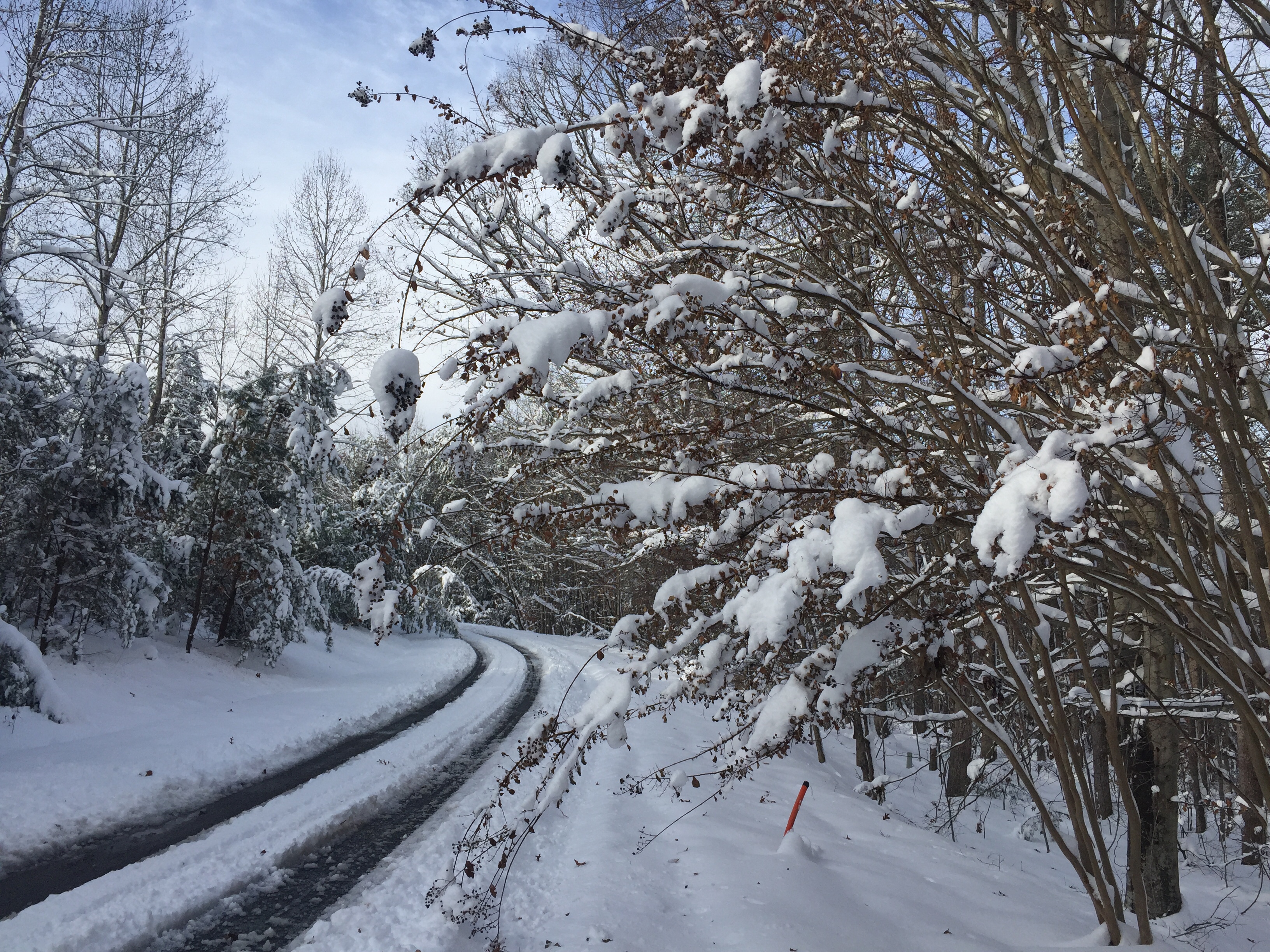 So, how’s the weather?

That’s a perfectly logical question when you’re thinking about a place to live. So far, we have found that weather here in the southwest of Virginia isn’t that much different than what we were used to in the north. We just tend to get it a day earlier.

But on Sunday, we got a ridiculous snowstorm that dumped more than a foot of snow on our region, then slid off to the east before visiting anyone north of, say, Fredericksburg. Because we were well-warned about the storm (thanks, weather folks!), we were well-prepared with plenty of food, extra water in the tub, and flashlights just in case the power went out.

That snow was pretty impressive. 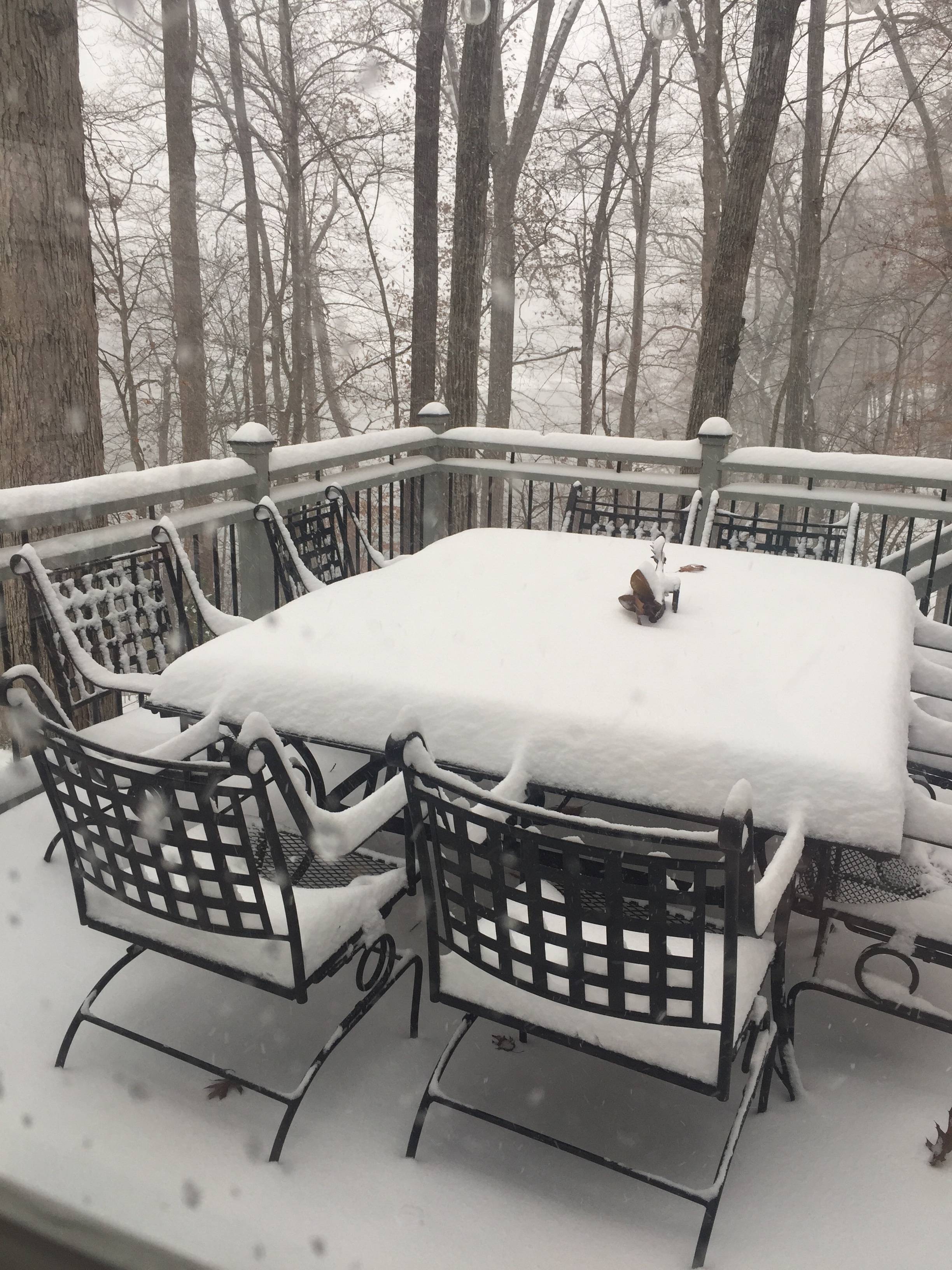 It kept on coming. 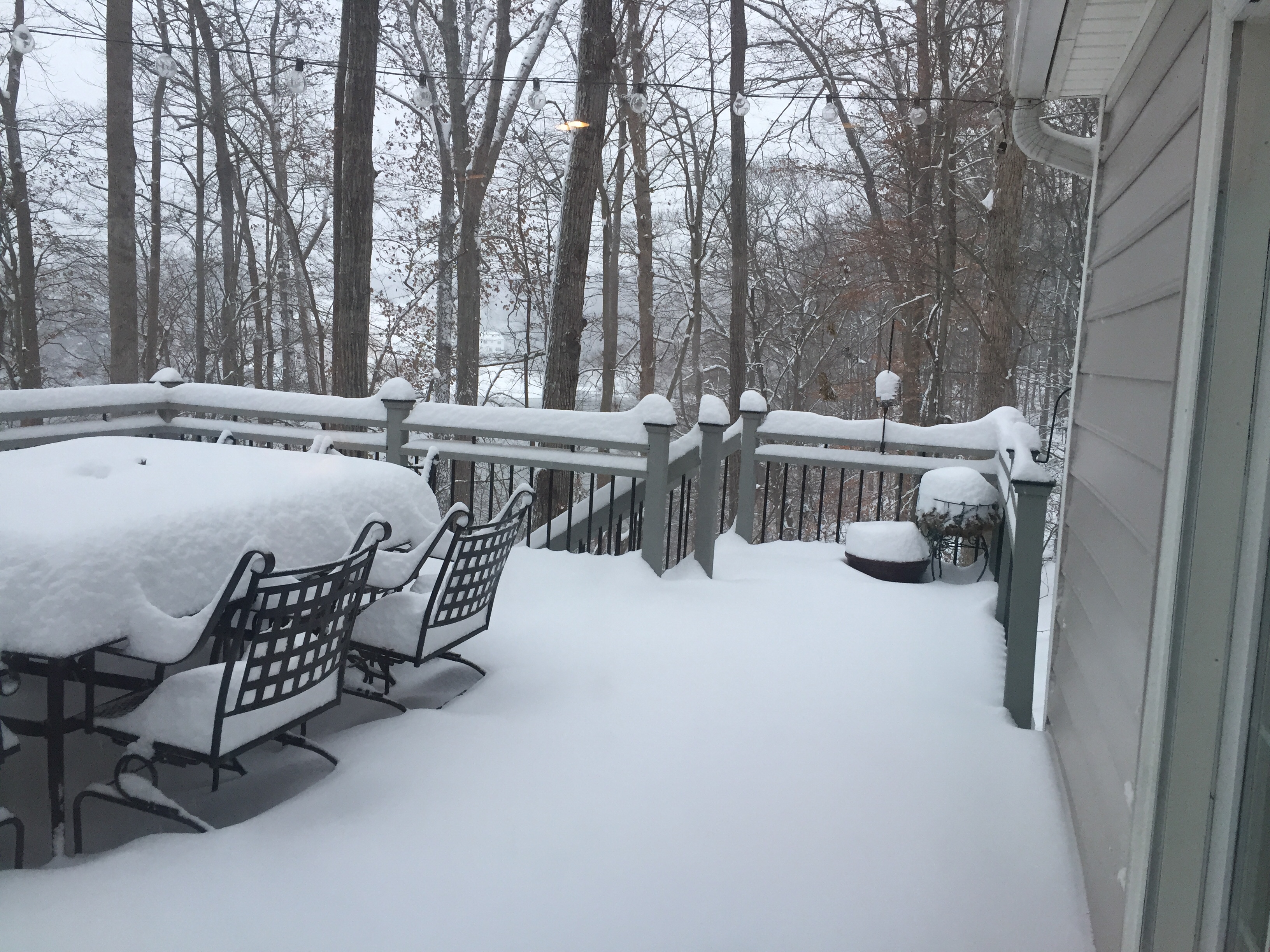 It was fun to watch from inside.

Digging out yesterday took awhile, but I know that many of our neighbors have driveways longer than ours. And it was a stirring sight to see the plow make its way up our street propelled by a large John Deere tractor.

It was an unusually large snowstorm, even for this place, and we’re glad to have gotten through it with no complaints other than sore muscles.

2 thoughts on “Snow in the Mountains”