I’ve written before about the Shine Runners, a great pub-running group here in Franklin County. When I first started hanging out with them on Thursday evenings, I was strictly walking, because a couple of years ago, I was running enough that my knees took a beating. However, in the past few weeks, I’ve started running ever so slowly, just a little, and mixing that in with the walking.

Anyway, they are an inspiring group of really nice people, and when you’re out for a run with them you also get to take pictures like this. 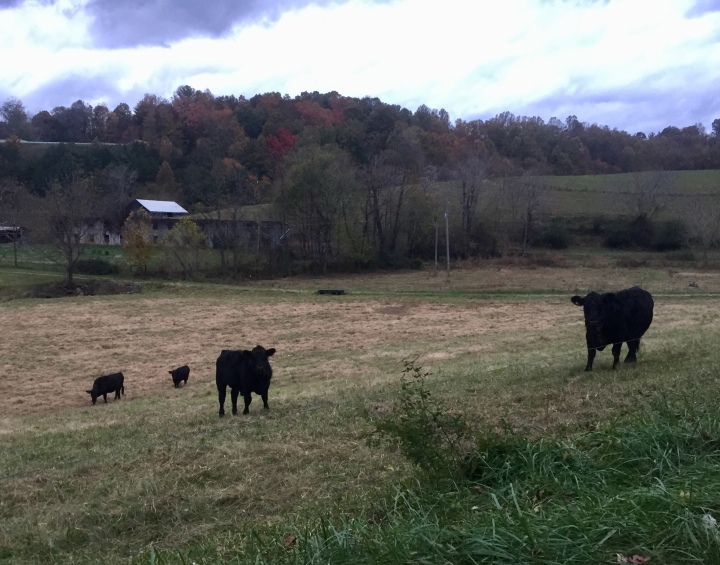 I wasn’t convinced that I would have the courage to do it, and I sat outside the Hammer and Forge Brewery in Boone’s Mill as the 6:00 meeting time drew near, secretly relieved that I didn’t see any runners lurking around. I figured it had been cancelled and I would just pick up a growler and bring it home.

Well, joke’s on me, because right at 6, I saw the crew inside the bar, lining up for the group photo. I popped in there just in time.

Because these are cool people, two of them ran with this slow old lady; I am seriously grateful for Justin and Jennifer (both of whom have walking paces that resemble my “running” pace). It was really dark (but my headlamp worked great!) and really fun. And I brought a couple of growlers home after all. 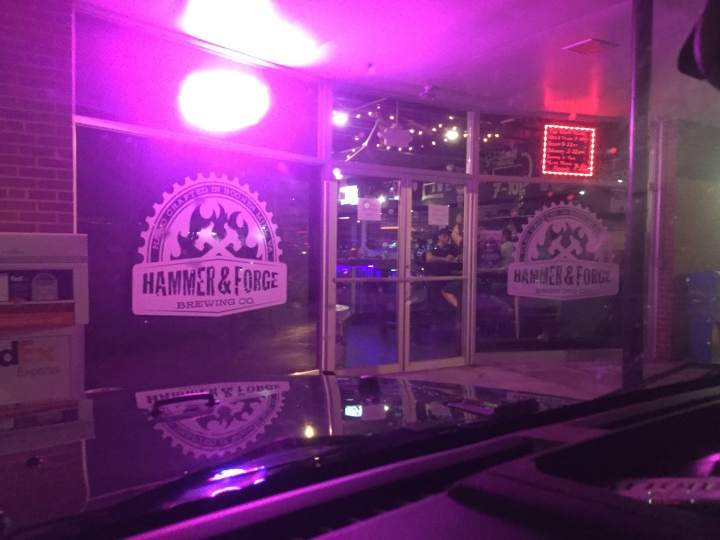